The Case for Bicycle Helmets By Neal J. Ney

(Reprinted with permission from the Evanston Bike Club January 2013 newsletter) 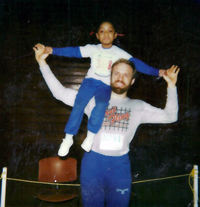 My wife's granddaughter, Jasmine Dunlap age 32, died in her sleep on November 3rd, 2012.

I have not littered the landscape with any offspring of my own, so my experience with Jasmine and now with her daughter Elyscia is the closest experience I have to childrearing. It is I am certain a pale imitation, but it was powerful none-the-less. I became an honorary grandfather to the two year old Jasmine the afternoon I got married. She was a part of my life for nearly half of my life.

In the days since she died, I have found myself thinking more about what she did for me than what I might have done for her. She shredded my habitual pessimism and cynicism. I learned to hope, because I very much wanted this beautiful child to have a future.

The bicycling connection in all of this is found in the autopsy. Death was caused by a tonic clonic seizure in her sleep. Jasmine's experience with seizures began more than a year earlier in August 2011 when she had a bicycle accident while riding in the dark without lights or a helmet. She collided with a center post while entering James Park. She was knocked unconscious for an indeterminate period of time. After regaining consciousness she rode the short distance to our house, and then we called the paramedics. While being examined in the emergency room she experienced two unexplained seizures. Brain scans were uninformative; the examining neurologist suggested that she may have had an underlying predisposition to seizures and that the head trauma had lowered her seizure threshold.

Jasmine appears to have been a non-compliant patient in the treatment of her increased susceptibility to seizures. That was the proximate cause of death. The fact remains, however, that she would probably be alive today if she had been wearing a bicycle helmet fifteen months earlier. The neurologist's report pretty much says it all: "Advised her to ALWAYS WEAR A HELMET!"

I read the medical reports with my iPhone in hand, checking the meaning of any unfamiliar medical terms. In the process I came across a video of a "tonic clonic seizure" filmed in a hospital under controlled medical circumstances. It was horrific. The thought that someone I loved spent her last moments alone in a dark room in the grips of this horror with no help to be had, makes me sick to my very marrow. 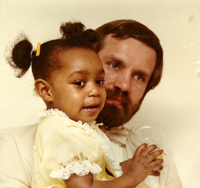 Neal with Jasmine on his Wedding day 1983

In the summer of 2011, Jasmine had used her bike as her primary form of transportation. She was riding 30 or 40 miles a day. She looked great, and felt better than she had in years. She had allowed me to have her department store mountain bike overhauled and brakes adjusted to make it a safer ride, but she would not let me buy her a helmet. She was concerned that it would mess up her hair and spoil her look.

A few years back some club members used to joke about "organ donors and orphans" when we would encounter helmetless parents riding with their helmeted children. When I look at Jasmine's daughter, who is now the proverbial "motherless child," I can no longer find any humor in this old joke

The take away is simple. Always wear a helmet, even if you are just riding around the block to check your seat height or an adjustment to your shifting. And be certain that all of those you love wear helmets.

Get to Know Us